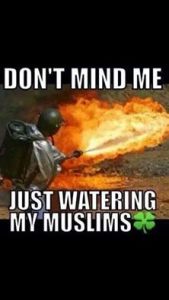 By your deeds you shall be known and judged. I stand and speak out against such vile hatred. No Man, Woman or Child should be the target of such horrific violence by such as the coward that posted this filth. While I will not post this persons name those that read this should share it. Share it often, maybe then when that person who created it might see it, might change their ways. If not then good people should avoid the poster when the truth is place out for all to see. If your are a god fearing person then you and you alone by accepting this person as just an opinion will answer for the actions of the poster.

This site uses Akismet to reduce spam. Learn how your comment data is processed.