Wow, writing my book seemed so hard. I don’t think I was prepared for the adventure of book promotion. It is very Taxing putting your face out there for hours on end. I did not think it would be so draining, who need sleep.

I tried a service for a bit of help Fiverr.com not a bad idea pay them $5 (USD) and they will tell there friend and will use google analitics to show you the results to you product. Well it was  a one shot deal to give it a go so I sent in my $8(aud) bucks and as a result I got 11,828 hits. Now both you and I know that hits really don’t mean that much unless they turn to sales in the end. So 11,828 in hit some of those are in no way going to be buyers I would bet that the 725 from Russia were in no way going to result in sales. Brazil 683 hmm don’t think so. 977 from Indonesia well I would be shocked if those turned to sales. 416 from Turkey… a book about LGBT+ not going to buy. IN the US (book Target area) 3,571 to small of a percentage of US population touched. A few other places but the UK & Australia both were also book target areas were not sent anything. Results and if my $8(aud) bucks was spent wisely for 3,571 people who might have bought my book? the answer would be questionable at $.002 per hit yeah is one of those could have been a sale. But as I see it right now no. But the person who did the work created to pictures for me for my marketing 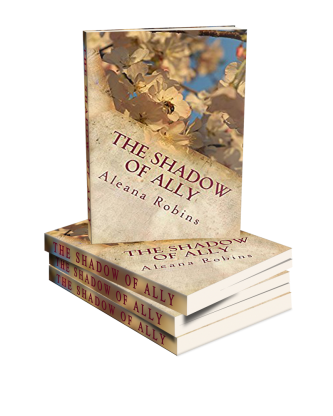 Really nice 3d images of my book which I did not think to do.

So what am I going to do well I am doing something else that is not costing me money just time and that is answering questions on Quora.com. It allows me to get my name out there and that I have written a book on the subject of being Trans. Which is hitting a target area as well. The results of two days working within this service has been 850 people have read my answers and seen that I have a book.

I have sent out 3 radio stations the Press release and tonight I will send some more. I will sending one to the Examiner and maybe the a few other newspapers. Wow like I said it is a lot of work. I know I should not be to upset with my sales numbers right now it is the holiday season and numbers will be low until about the 10th of January when people start buying things again. I am hoping that I can place a few book around town soon. My first lot of book which will be numbered and I will write a private message inside for the readers will be here about the 19th of January. I can see why having a publisher do all of this might be a great idea but I could not afford that part of my publishers services. On top of that I lose I bucket load of profit. I drop to about $2 (usd) a book. I simply could not afford that in any way shape or form. I would have to sell 150,000 copies to reach my goal (swallow hard, just realised those numbers). I know I am out of my depth in the promotion and I am going to do things the hard way but damnit I want to be successful with this book.

I have been told to try a few shops around town. Okay done once I have a book in my hands to sell. Another person said you could try a coffee shop or two done once I have the books. Good thing is this first lot of books is close to sold out so I will have to place a second order asap. The one thing I can be proud of is that I did not need external sources to help me get the money together for my first lot of books. I was panicking on that before I found some savings. I know some sales might improve if I can get Brian Carlton to interview me and a maybe Mel in the morning to do the same. I have an interview lined up from Melbourne soon as well.

TO be honest it feels like a bunch of hurry up and wait issues and then I bet it will kick off. Once I get some reviews in. Crap ,that reminds me I need my test readers to write a review on Amazon and Createspace for the book as not to much was changed in the editor’s hands (to whom I am still amazed at what she did to my ugly duckling).

follow this link read the summary and learn. There is some staggering numbers in there.

People have a lot to answer for, lives are being lost to stupidity!

Well boys and girls we have survived another year, no thanks to the elected leaders. As you can see we have had another facelift. As common practice with my blog each year I choose a new style. So let’s enjoy this new look for a year and maybe if book sales are good I might invest in something a bit more my style. But for right now beggars cannot be choosers.

For 16 months I have been in Transition at least medical wise. Many things have changed and many more are still to come. I am hoping that 2017 continues to be a wonderful year just like 2016.

I would also like to point out the quick links on the right hand side that are fast, easy and direct links to order The Shadow of Ally. There is also a new button if you are a WordPress blogger you can for my blog by hitting the button. Don’t forget you can also receive my blog direct to you email by following the steps on the right hand side as well. Now I support an LGBT+ radio station via the button on the side. Not to bad and sometimes they have some amazing interviews.

In closing I would like to wish each and everyone of you a wonderful New Year. I hope the blessings that you are in need of are able to find their way to you. I hope that you find good people in your passing. I hope that you are able to do something for someone else without asking for anything in return. I hope you can find the time, love and respect for the ones you call friends and family. Always remember to be kind to those who helped you on your way UP you will meet them on your way DOWN….

The Shadow of Ally

How to order my book